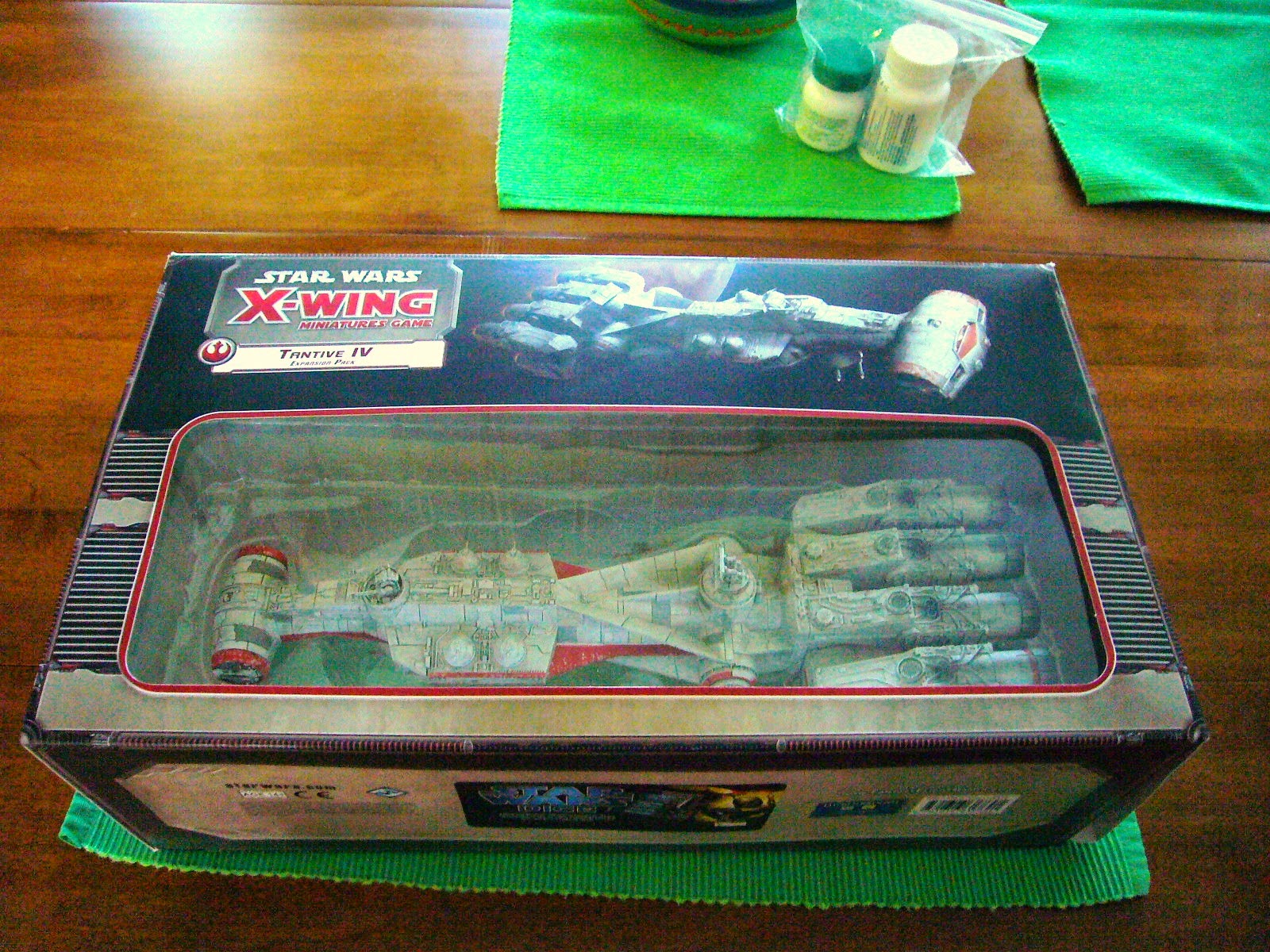 Now this is the reason I'm delving into the Star Wars X-Wing Miniatures Game:  The Tantive IV Expansion Pack.

I've been eyeing this beauty for a few weeks, debating on whether or not to buy it.  Last Friday, I gave in to temptation and purchased the only model at Apocalypse Gaming Center, where I bought the X-Wing core set, which I discussed at length in my previous post.

In fact, I bought the core set after I decided to buy the expansion pack.

And like the X-Wing core set, the Tantive IV Expansion comes with a variety of lavishly colored cards and playing aids.  In addition to a small rule book is the campaign game, Point of No Return, which includes a Progress Sheet. 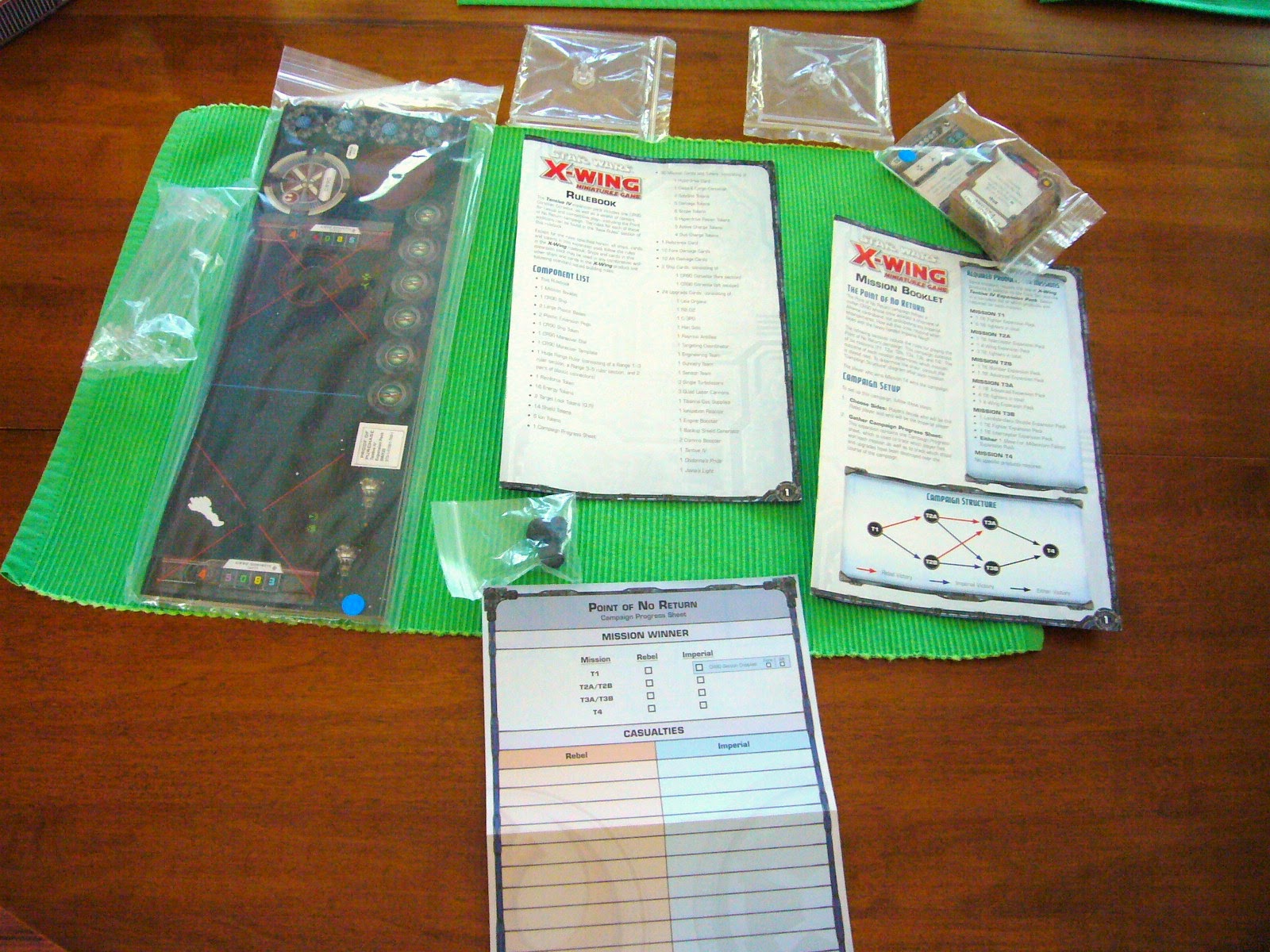 The model itself is beautifully painted and finely detailed, made of the same hard plastic as the smaller fighters.

This is the largest model Fantasy Flight Games (FFG) has made for the game, so far, and appears to be properly scaled to the fighters.  Although I think the smaller figures from Wizards of the Coast's discontinued Star Wars Miniatures Starship Battles look more appropriate.

The Tantive IV is the most famous of the CR90 Corvette Series, both on-screen and in Star Wars lore.

However, my primary reason for buying this expansion isn't to play out scenes between Star Wars:  Episodes III and IV.

Instead, a mercenary corvette, Alderaan's Vengeance, is one of the starships featured in the here in the Redshift Chronicles.  So my prime directive for buying this model is to create scenes like this: 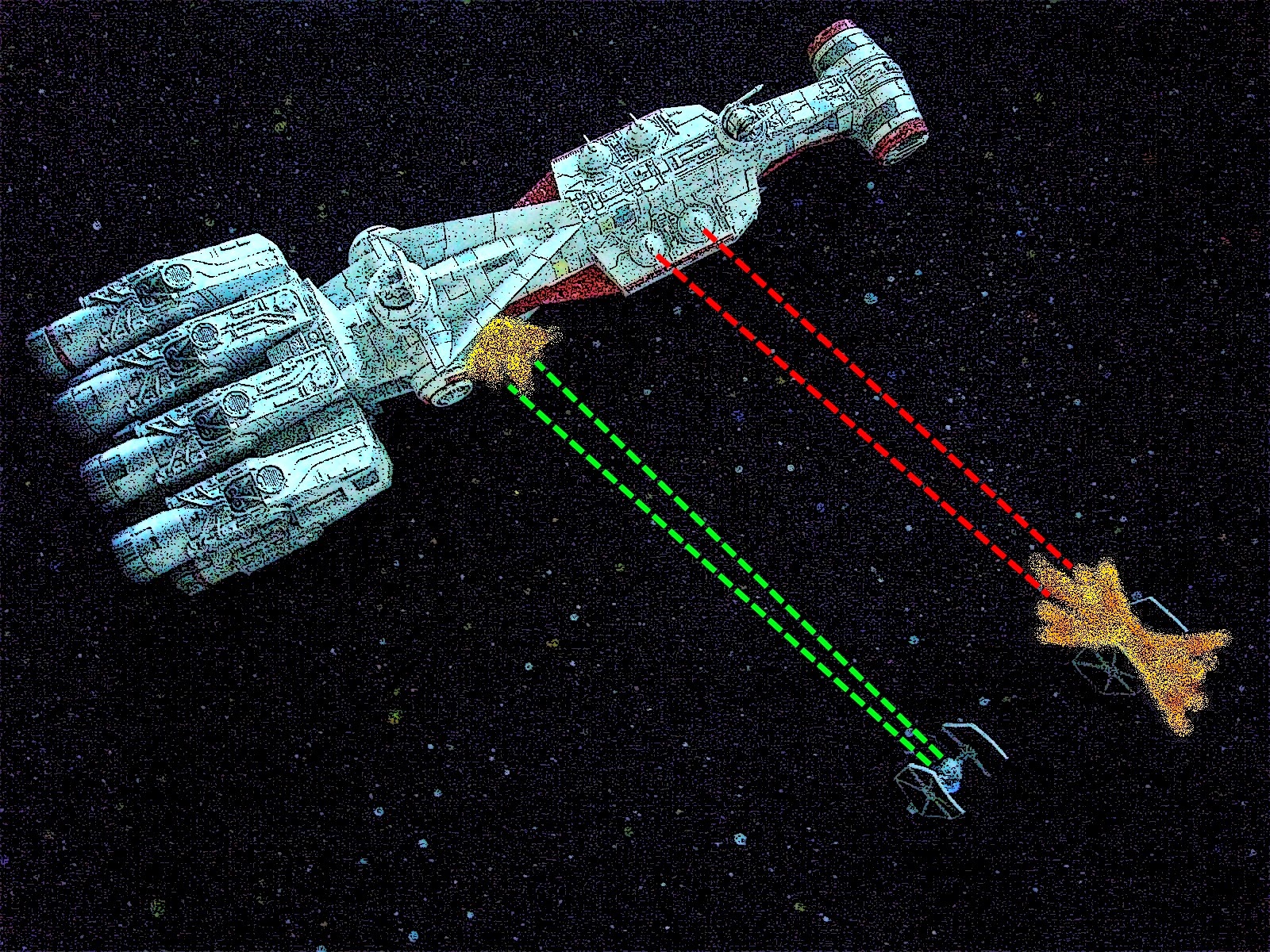 While I paid full retail (minus the 10% military discount) for the Tantive IV, you can find them cheaper on-line at sites like the Miniature Market.

Reviews on this product are extraordinarily high:  70 x 5-star ratings out of 84, on Amazon.com.  While on Boardgame Geek, the Tantive IV earned an 8.27 rating out of 10.

The complaints less-than-five-star raters had, dealt primarily with quality issues; such as missing and/or broken parts, cards and playing aids.  Others were expecting something along the lines of a static display model.  Then there was one outlandish review that I'm assuming is a joke.  (There's always one in a crowd isn't there?).

I'm certainly happy with my new addition to my fleet, and look forward to taking the Tantive IV/Alderaan's Vengeance out for a spin, whether in an actual game, or staged photo shoot.

There's a Support Page available to help run X-Wing game sessions and tournaments.
Posted by Ted Henkle at 10:00 AM 2 comments: 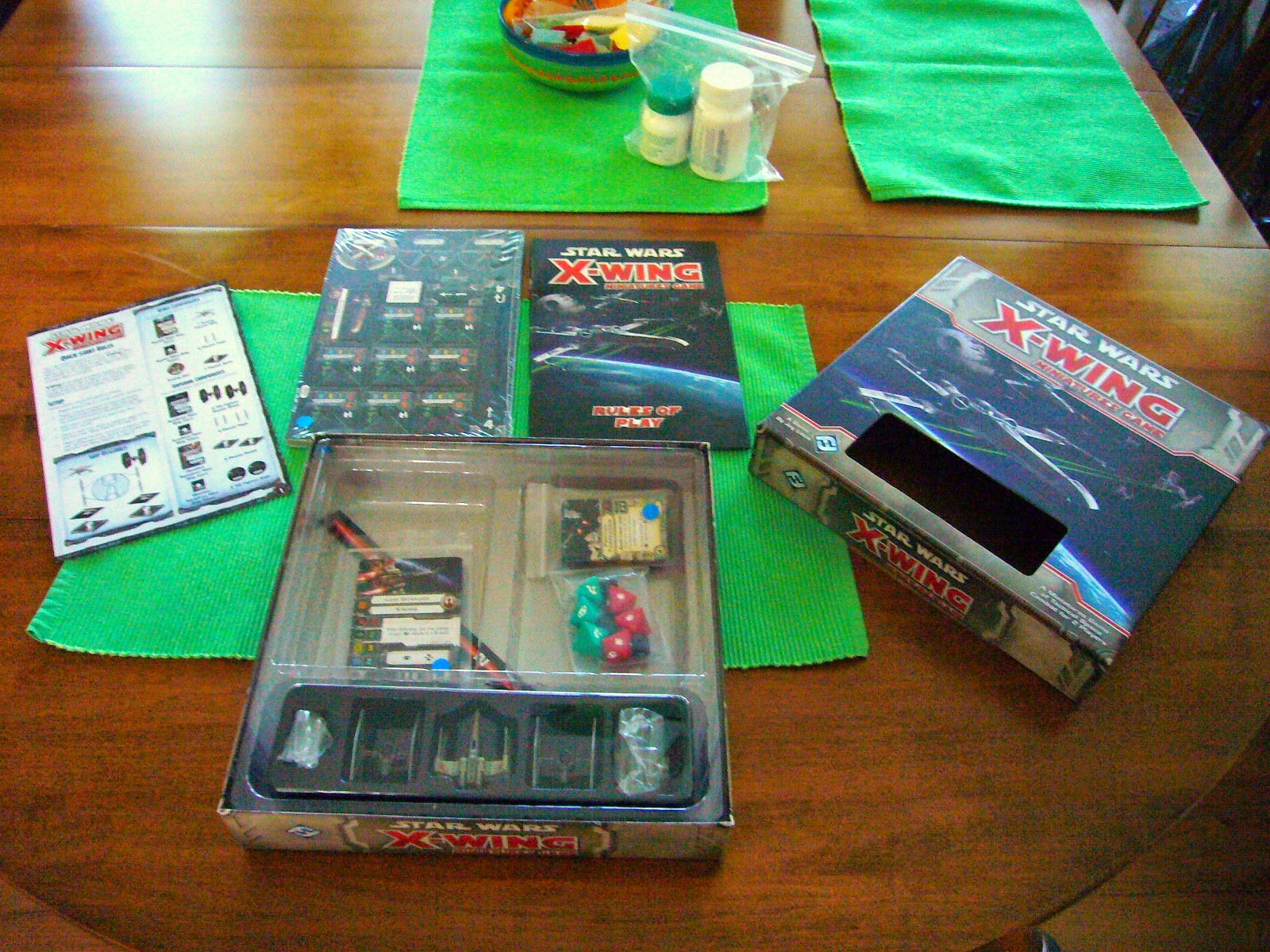 For the past couple of years I've resisted buying the Star Wars X-Wing Miniatures Game.  I have a decent sized collection of Star Wars Miniatures: Starship Battles (SWM: SB) consisting of both starships and fighters.

However, I came across an expansion pack that sparked my interest in the game.  I'll discuss what motivated me to alter my thinking in the next Product Review post.

For now, I'll give you my impressions of the core game, which consists of 1 x Rebel X-Wing and 2 x Imperial TIE Fighters.  The game also consists of specialized dice, colorful data cards, figure stands, and playing aids; along with a quick start and standard rule booklet.  The 28-page rules can be downloaded as a PDF, courtesy of Fantasy Flight Games (FFG).

The miniatures themselves are finely-detailed and pre-painted, made of hard plastic.  I was hoping the figures would be the same size as Wizards of the Coast's (WotC) discontinued line of SWM: SB, but they're noticeably larger.


Not too much larger though.  It may even be possible to integrate the WotC figures with the FFG ones, provided some enterprising wargamer has created the appropriate playing aids.
The quality of FFG's figures is an improvement over the WotC's ones.  The hard plastic ensures the miniatures are straight.  They may be more brittle, than the softer WotC ones, but they don't obviously droop either.

Star Wars X-Wing retails for $39.99, but can be found cheaper in on-line stores like the Miniature Market.  I purchased my set from Apocalypse Gaming Center in the McChord Field Base Exchange. The store offers a 10% off, military discount for active duty members and retirees.  But you don't skip out on paying WA State sales tax.

Yeah, I could have saved even more money going buying from the Miniature Market, especially since it offers free shipping on orders over $99.  But I like supporting game stores in my local area too.  And since expansion packs, usually containing one figure, run from anywhere from $9.99 to $61.49, not to mention all the plethora of Litko Game Accessories, it's easy to rack up an order well beyond the $99 Threshold.

I'm happy with my purchase because I intend to incorporate some (most?/all?) of the game mechanics into this campaign.

While my first impressions of Star Wars X-Wing is good, I think the "meh" raters may have a point.  Unless you are a Star Wars fan, as I am, then the game may indeed be a less-than-exciting session of:  Move ships, roll dice, repeat.

So, let the Force (along with your personal finances and available storage space) guide you in deciding whether or not to buy Star Wars X-Wing.
Posted by Ted Henkle at 6:00 AM No comments: