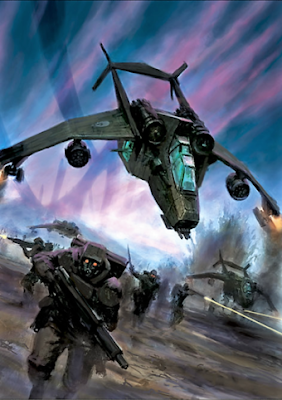 My Warhammer 40,000 (WH40K) collection consists of mostly infantry and vehicles of the Astra Militarum.

The first WH40K aircraft is the Valkyrie armed transport, used to deliver troops on to, and provide fire support over, an objective.

I took over a dozen of "in-flight" photos of my lone pre-painted Valkyrie I bought on-line last year. The sky backdrop I bought from Cigar Box Battle Store. 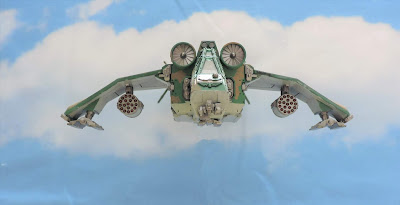 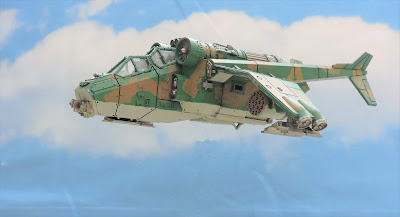 Here's another front-angled view with the door hatch that can slide open: 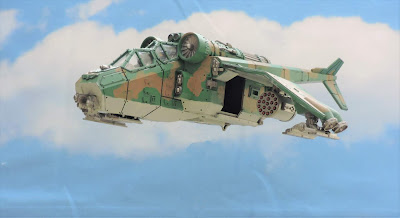 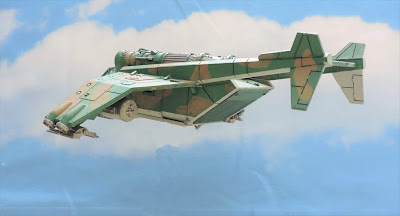 Another view with the rear-ramp opened: 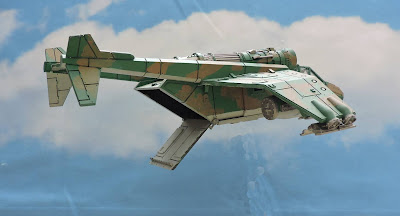 This model comes, unassembled and unpainted in a plastic kit from Games Workshop.

My second WH40K-specific aircraft is the Vulture gunship, specifically designed as a ground-attack craft. 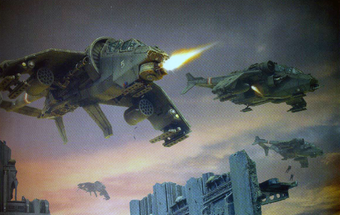 It's another pre-owned model that was originally painted in an urban/winter camouflage scheme.  I had my friend Dan repaint it to a forest camouflage pattern in order to blend-in better with my Valkyrie.

I took another dozen "in-flight" photos of the Vulture:

The Vulture resin model kits are made by Games Workshop's subsidiary company, Forge World, but they're currently out of stock, along with just about their entire inventory.

What isn't out of stock are free downloadable paper models.

A few years ago, I stumbled across Ebbles Miniatures (now Genet Models).

One of the few vehicles I downloaded and assembled was the Utility Shuttle.

Here's the first one I built: 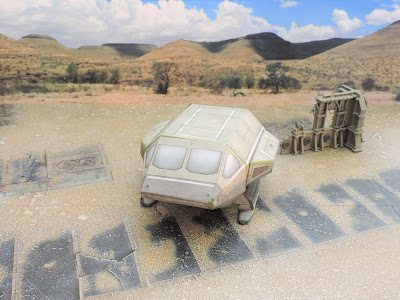 I printed out the model using my own printer at the time.  That along with being a few years old, the paint is rather faded.

Several months ago, I took the file to Quick Print, and assembled a couple of shuttles sporting more vivid colors: 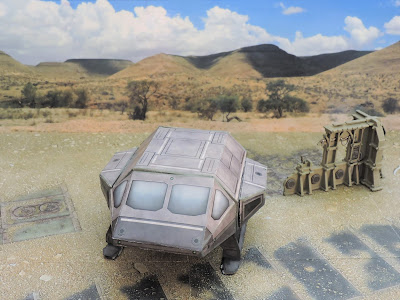 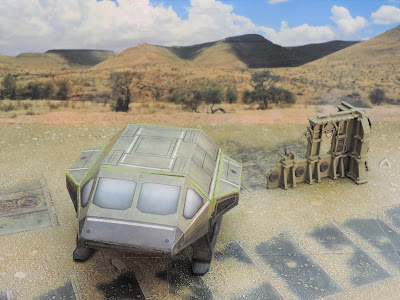 The downloadable kit also has an option to make extended versions of the Utility Shuttle.

Here's the first "extended cab" version I built a few years back: 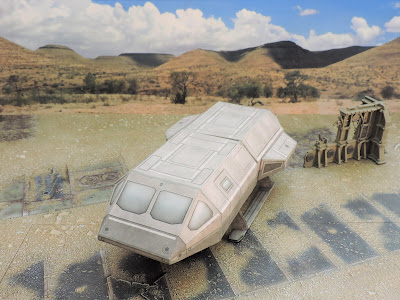 I like the look of the longer shuttles, so I built more of them after my visit to Quick Print: 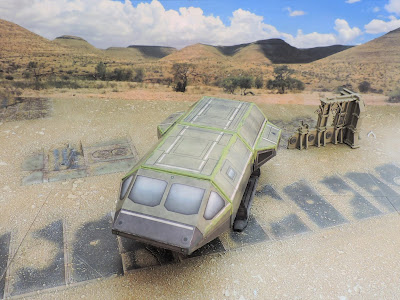 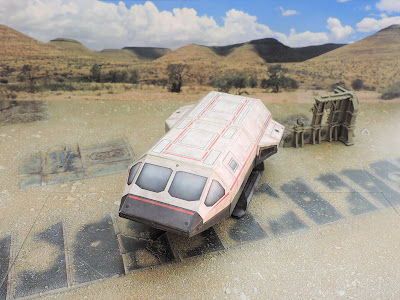 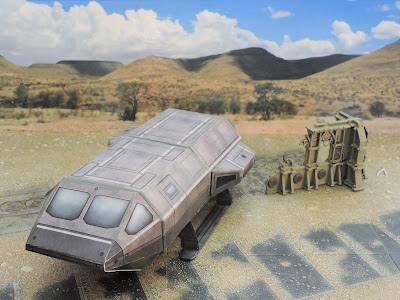 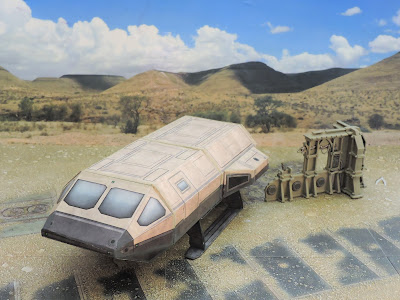 There's no specs on these Utility Shuttles.  So at a guess, I'd say that the short version can carry about 4-6 passengers and some equipment/luggage, while being crewed by a pilot and copilot.  The longer shuttles should be able to carry a squad of medium-sized beings (8-12), along with their gear.

The shuttles have no weapons that I know of.

What I love about paper models is there's nothing to paint once you assemble them.

Despite all the 6mm and 28mm paper models I've assembled, I still haven't perfected my craft, resulting in a lot of white showing.

I attempt to remedy my lack of skill by painting over the white areas with an approximation of the vehicle's color with either acrylic paint, or even a magic marker.

So that's about it for my air & space force.  Upcoming WH40K posts will be "more grounded."